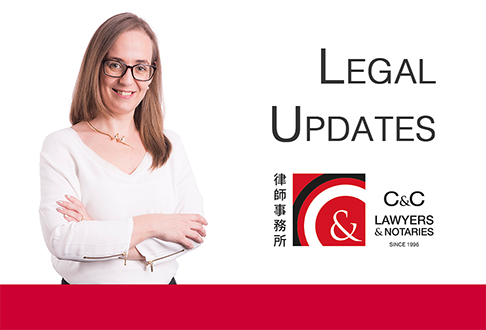 Amendments to the law include developments in maternity leave, the introduction of paternity leave, and adjustments to work compensation on rest days and mandatory holidays.

In Macau, in the private sector, maternity leave has been maintained for 56 days since 2008, despite the fact that in 2000 the International Labor Organization suggested 98 days. In the mainland, maternity leave follows the norm of 98 paid days, including 15 days that can be taken before delivery, adding 15 days in case of labour dystocia. In the case of twins, an additional 15 days of maternity leave is granted for each additional child. In the neighbouring Hong Kong region, it has been proposed to extend the leave period to 98 days in the 2018 Government Action Lines.
Despite continuing to not keep up with the world trend and evolution, nor to match the current 90 days of paid leave granted in the civil service, the Macau law now gives workers the right to enjoy at least 70 days of maternity leave, 63 of which should be taken immediately after delivery. The remaining seven days may be taken by the decision of the worker, totally or partially before or after delivery. Depending on the health condition of the worker and according to a corroborated medical prescription, a minimum period of 21 days and a maximum of 70 days is granted in case of miscarriage with more than three months of pregnancy and the period of 70 days is granted in case of stillbirth. In the case of death of live births during the period of leave, it is extended to ten days after death, guaranteeing a minimum of 70 days of maternity leave. All these situations were already covered in the previous version, with only the number of days having been updated from 56 to 70.
It should not be forgotten that, according to the provisions of article 55, whose wording remains, maternity leave will only be paid if the employment relationship has completed more than one year at the date of delivery. If the employment relationship completes one year during the leave period, the employee will be entitled to receive remuneration for the remaining period.

Now, with the extension of the period of maternity leave to 70 days, the Law 8/2020 provides for a transitional regime, which establishes that, for resident workers in the Macau SAR, whose child’s birth takes place in the first three years after entry into force of the law and whose employment relationship has already completed one year at the time of delivery, the employer must pay at least 56 days of maternity leave. The Macau SAR Government ensures the remuneration for the remaining period through the granting of a subsidy, the benefit of which has a maximum limit of 14 days of basic salary. The same principle applies in the case of stillbirth, live births whose death occurs during the period of leave and in the case of miscarriage of a pregnancy with more than three months when the maternity leave taken is more than 56 days. In fact, in the case of miscarriage, if the maternity leave is less than 56 days the remuneration – which may happen, as has been said, depending on the health condition of the worker and according to a duly corroborated medical prescription – will have to be fully supported by the employer.
Under the terms of the transitional provision, only resident workers in Macau benefit from the above subsidy, from which it appears that in the case of non-resident workers – whose right to maternity leave is ensured by Article 20 of Law No. 21/2009 – the whole period of maternity leave will have to be paid by the employer.
The procedures for applying and awarding the allowance will be defined in a supplementary administrative regulation.
If the worker is dismissed without just cause during pregnancy or in the three months after giving birth, the employer is obliged to pay compensation equivalent to 70 days of basic remuneration, without prejudice to other compensation due to her.

To date, the fathers were only entitled to two days of justified, unpaid absences. With the amendment to this law, the fathers are entitled to 5 working days of paternity leave. This leave can be taken, consecutively or interpolated, as long as the woman is more than three months pregnant and up to thirty days after the child’s birth. Paternity leave is also granted to workers in situations of stillbirth or miscarriage of more than three months.
When intending to take paternity leave, the worker must inform his employer at least five days in advance or as soon as possible. In addition to the notice, the worker must also present the child’s birth certificate and/or a doctor certificate to his employer. Bearing in mind that the place of birth may not be Macau, the documents may be issued by the Macau SAR Government or the competent authorities of the respective country, if the child was born outside Macau. It’s also possible to present other supporting documents if accepted by the employer, given the impossibility to submit the documents described above. If no supporting document is given to the employer, the employer is not obliged to grant paternity leave.
As provided for maternity leave, the paternity leave will only be paid for workers whose employment relationship is more than one year.
Given the introduction of paternity leave in the law, paternity is no longer considered a justified absence, eliminating its reference in paragraph 3) of paragraph 2 of article 50 of the Labor Relations Law – the two working days remaining in the case of adoption.

So, for example, if the 1st May happens to be a Sunday, and Sunday is the weekly rest day, under the terms now introduced by the new law, that day is considered a mandatory public holiday, and the employer must compensate the worker, within 30 days, with a weekly rest day. On the other hand, if the worker comes to provide service on that day, he will be compensated as if it were a public holiday.

In the event of dismissal, with or without just cause, workers are entitled to compensation depending on the length of the employment relationship. The amount used to calculate the said compensation may not be based on the employee’s actual salary. Now, the law provides that the maximum amount of the basic monthly remuneration used to calculate the compensation is 21.000 Patacas – instead of the MOP20.000 provided for in the previous version – unless the Worker and the Employer agree on a higher amount. Thus, even if the worker receives a monthly remuneration of MOP30.000, if nothing is said in the contract, the compensation due in case of termination of the contract is calculated based on a monthly salary of MOP21.000.

Finally, Article 85, which provides for contraventions to the Labor Relations Law, was also amended to contemplate and include the situations now provided for in the present law.

For more information on this subject and the specifics of your case, please contact C&C Lawyers & Notaries.