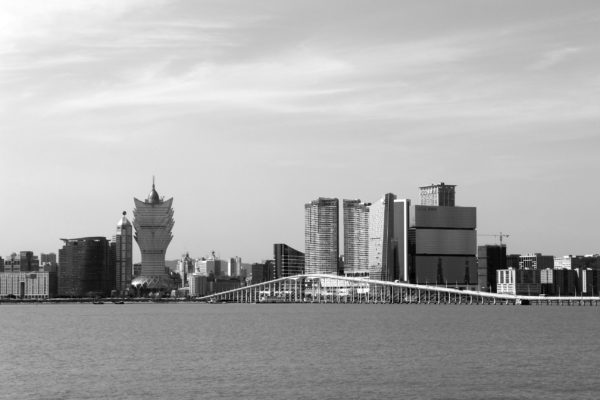 The most important amendment which will benefit the Hong Kong taxpayers by the Fourth Protocol is to provide tax exemption in China for capital gains derived by Hong Kong tax residents or “Hong Kong resident investment funds”(as defined in the Protocol) from disposal of shares listed in the recognized Chinese stock exchanges, provided certain conditions are met.

Other amendments are (1) reducing the withholding tax rate for rentals from aircraft leasing and ship chartering to 5%; (2) introducing the main purpose test to the Dividends, Interest, Royalties and Capital Gains articles as an additional anti-treaty abuse measure and (3) an updating of the exchange of information article which is in line with the PRC’s more rigorous international tax enforcement initiative in the context of the G20/OECD Base Erosion and Profit Shifting (BEPS) Action Plan.

The Fourth Protocol shall enter into force after completion of internal procedures in both China and Hong Kong. It is expected to be effective within 2015.

The MSAR Government has implemented a series of welfare measures since year 2008, including the so-called “Electricity Charges Subsidy Scheme” which provides subsidy to local residential households for paying electricity charges. The scheme has already reached phase eight this year.

Under the current scheme, a maximum of MOP$200 monthly subsidy will be credited to each residential unit’s electricity account, and will be deducted from the monthly electricity bill. Any unused monthly subsidy will be carried forward to the account’s “Accumulated and Unused Government Electricity Charges Subsidy” item for future use. This accumulated amount can be used in the next 24 months following the termination of the scheme, and the maximum monthly subsidy amount will remain unchanged. As such, the total amount of “Accumulated and Unused Government Electricity Charges Subsidy” available for deduction for each residential household within the period is capped at MOP$4,800.
(Source Financial Services Bureau) 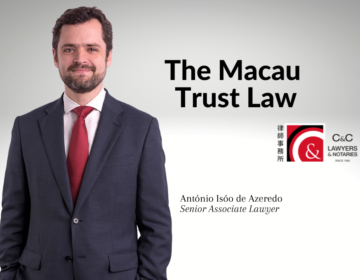 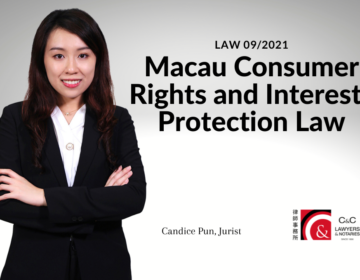 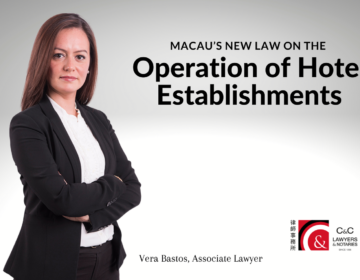 by Vera Bastos Law No. 8/2021 on the Operation of Hotel Establishments will enter into force on January 1st 2022, revoking the currently in force Dec...