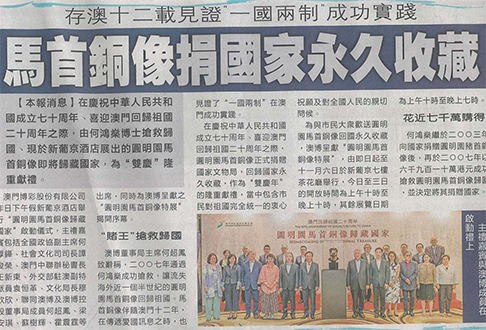 Earlier this year, Dr Rui Cunha attended the ceremony for the returning of a bronze horse head looted from Beijing nearly 160 years ago. The sculpture was donated to the Chinese government by Mr Stanley Ho, who bought it for $8.9 million in 2007. One of a 12-piece set of bronze animal heads representing the Chinese zodiac, it was stolen from the Old Summer Palace in 1860 when Anglo-French troops invaded China. 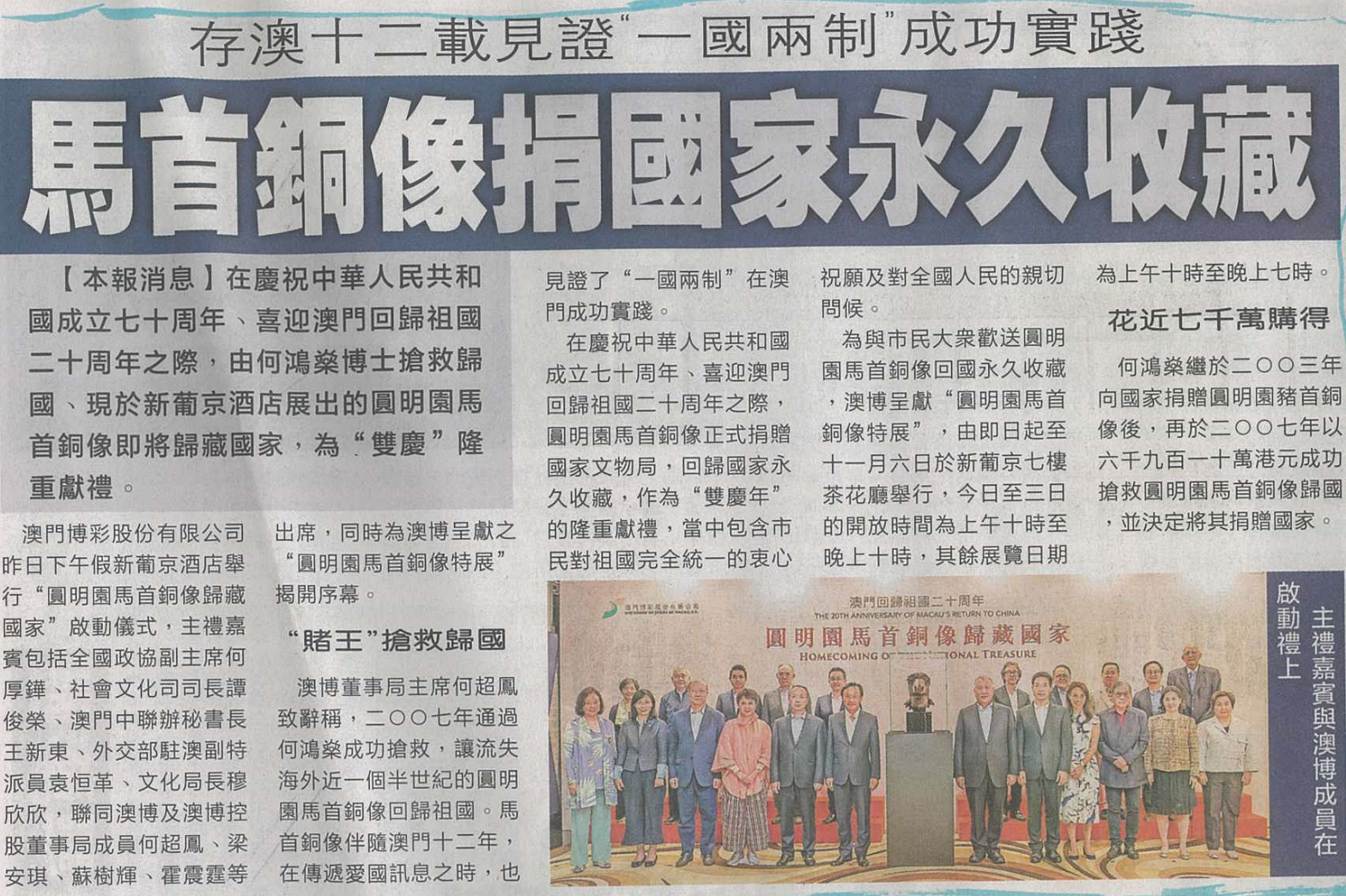