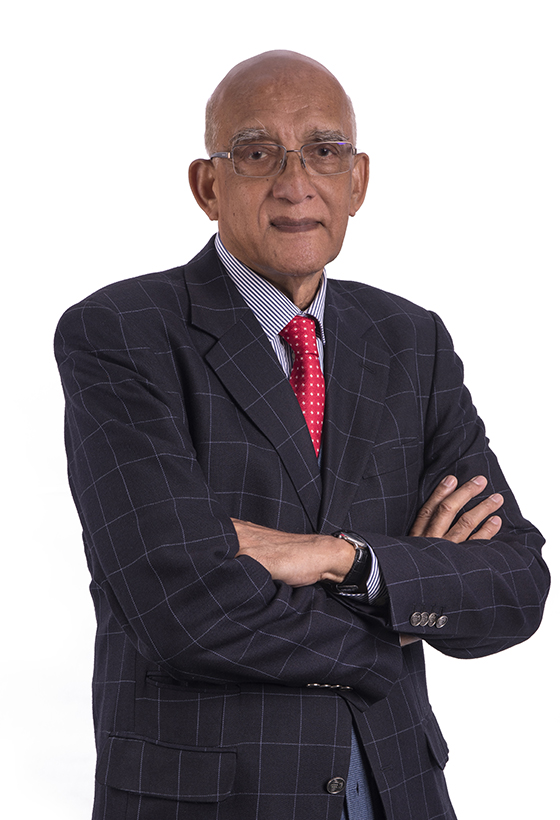 Rui José da Cunha is a founding partner at C&C.
Currently he is in charge of managing the firm and of supervising major projects, liaising with clients when necessary. He also acts as a legal consultant and is a member of various corporate bodies in many prominent companies in Macau and in Portugal, and belongs to several associations of social and community nature. He received his undergraduate law degree from the University of Lisbon in 1965 and went on to pursue a career as a magistrate for the Public Prosecutor’s Office in Portugal, Mozambique and Timor until 1971. In Angola he served as a High Court Judge, namely in one of the Criminal Courts in Luanda, and then back in Portugal he was a judge in Mafra. Between 1976 and 1981, he was a Judge-auditor for the Portuguese Army’s Court in Lisbon and was officially praised by the Government of Portugal. In September 1981, he established his own legal practice in Macau, then still a Portuguese-administrated territory, where he represented several high-profile clients and advised them on many pioneering projects. After 15 years, he was one of the founding partners of C&C Lawyers in 1996 and has since worked in a broad range of legal matters in a variety of industry sectors. He was admitted as a civil law notary in 1991. He helped found the Macau Bar Association in 1991 and served once as the Chairman of the General Assembly of the Bar and chaired the Superior Council of Macau Lawyers. More recently, he has been serving as the President of the Audit Committee of the Bar. He is also a member of the Asian Patent Attorneys Association (APAA) and the International Trademark Association (INTA).

Along with C&C Lawyers, the C&C Club was created, integrating cultural and even sports activities that are recognized among the Macau society.

Dr. Rui Cunha continues, on an individual basis, holding several positions in Macau companies of crucial importance to the Territory of Macau.

Private Notary in Macau since 1991

Was member of the Board of Directors, Chairman of the General Assembly and Chairman of the Lawyers Superior Council of Macau and is currently President of the Supervisory Board of the Macau Lawyers Association

Member of various corporate bodies in several companies and Associations in Macau, Hong Kong and Portugal

Judge in the Portuguese Army High Court, in Lisbon, (1976 to 1981). Public praise for these functions by the Revolution Council of Portugal

Delegate of the Public Prosecutor of the High Courts in Lourinhã-Portugal; Inhambane and Nampula in Mozambique and Dili in East Timor (1965 to 1971)

Commander of the Order of Merit by the Government of Portugal

Founder and President of the "Rui Cunha Foundation" in Macau (www.ruicunha.org)

Bachelor of Law, the University of Lisbon Faculty of Law, 1965

Registered in the Portuguese Bar Association

Registered Lawyer and previously in the Macau Lawyers Association

Member of the Hong Kong Institute of Directors (HKIoD)

“O Sector Empresarial do Estado em Portugal e nos Países da C.E.E.” (“The Public Companies in Portugal and in the E.E.C. countries”) – Co-author of the book, jointly published by the Portuguese Center of Studies for Public and Social Economics and the Government Press Services (2005)