Portuguese Citizenship: return to origins and gateway to the European Union 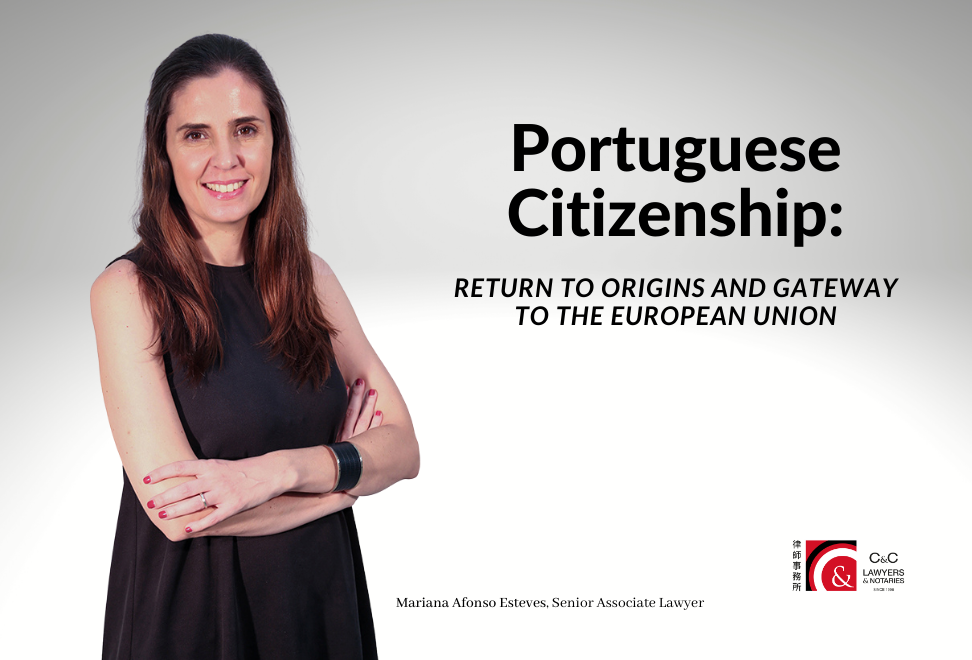 In fact, in the last year, we have seen a considerable increase in those interested in obtaining Portuguese nationality in the territory, not only in Macau but also among Hong Kong citizens. Part of the reason for that is the geographical proximity to Macau, which ended up also transmitting some Portuguese influence to Hong Kong. But it is also due to the climate of social instability that is occurring in the neighbouring territory.

In general terms, and concerning the reality of Macau and Hong Kong, the most common situations on which citizenship is based are:

However, a new version of the Nationality law has recently been approved, introducing important changes in matters such as the acquisition of nationality through marriage or de facto union with a Portuguese citizen, and for the cases of grandchildren of Portuguese citizens. These changes will be applicable and, we believe, will simplify the progress of these processes, which are so common among interested parties from the MSAR and the HKSAR.

The process of acquiring Portuguese nationality, both for Macau residents and Hong Kong residents, can be entirely handled through the Consulate General of Portugal. However, situations in which candidates for Portuguese citizenship choose to process their requests directly in Portugal, through the services of lawyers, are not uncommon.

In fact, in addition to the obvious convenience that handing this case over to a lawyer implies, as a rule, the requests made directly in Portugal are processed more quickly. More important, it is not uncommon to take preparatory steps before the application for nationality, such as updating the marital status of the Portuguese spouse, which may, in particular, require the need for legal action in the event of it is the second marriage of the Portuguese spouse.

Due to the enormous increase in requests for citizenship, applications that generally took between 6 to 8 months to be approved, currently take an average of 1 year to 1 and a half years.

For more information on this subject and the specifics of your case, please contact C&C Lawyers & Notaries.