(written in partnership with Abreu Advogados) 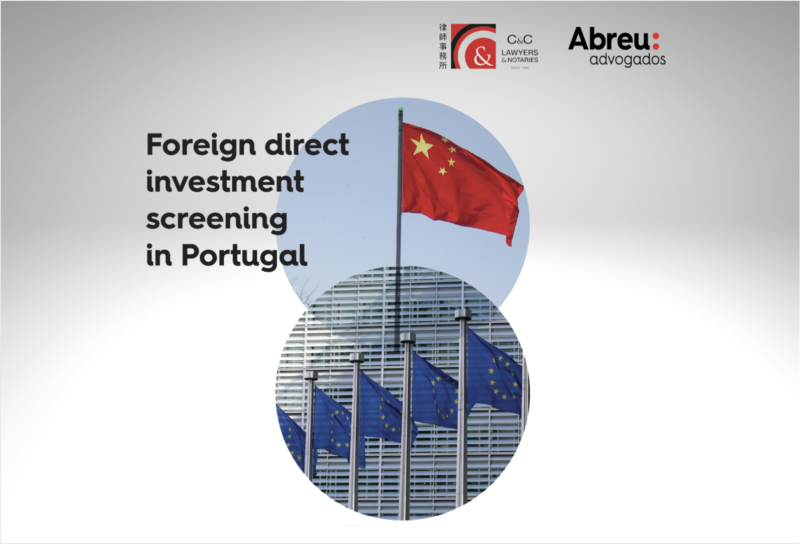 From last 11 October 2020, a new European Union Regulation is applicable and binding in all Member States for the screening of foreign direct investments on the grounds of security or public order.

Although the decision on whether to set up a screening mechanism or to screen a particular foreign direct investment for assessing the risks to security or public order arising from significant changes to the ownership structure or key characteristics of a foreign investor remains the sole responsibility of the Member State concerned, it is established a cooperation mechanism which enables Member States to provide comments to other Member State in which such investment is planned or has been completed.

Under the FDI Screening Regulation, Member States may take measures to prevent a foreign investor from acquiring or taking control over a company if such acquisition or control would result in a threat to their security or public order. This includes the situation where such threats are linked to a public health emergency.

In determining whether a foreign direct investment is likely to affect security or public order, Member States and the Commission may “consider all relevant factors, including the effects on critical infrastructure, technologies (including key enabling technologies) and inputs which are essential for security or the maintenance of public order, the disruption, failure, loss or destruction of which would have a significant impact in a Member State or in the Union”.

The Regulation applies to all sectors of the economy and is not subject to any thresholds. The need to screen a transaction may indeed be independent from the value of the transaction itself. Small start-ups, for instance, may have a relatively limited value but may be of strategic importance on issues like research or technology.

Foreign investors and the undertakings concerned shall have the possibility to seek recourse against screening decisions of the national authorities.
National screening mechanisms are already in force in 14 Member States.

In Portugal, in 2014² it has been established an extraordinary regime for safeguarding strategic assets in sectors that are fundamental to the national interest, requiring the State to have an additional instrument to react quickly and effectively to any operation that affects the availability of the main infrastructure or strategic assets for defense and national security or the provision of essential services in the areas of energy, transport and communications.

In this context, the legal regime gives the Council of Ministers, on a proposal from the member of Government responsible for the area in which the strategic asset in question is integrated, the power to, in exceptional circumstances and through a reasoned decision, oppose the conclusion of legal transactions that result, directly or indirectly, in the acquisition of control, directly or indirectly, over infrastructure or strategic assets by natural or legal persons from third countries from the European Union and the European Economic Area, insofar as such businesses endanger national defense and security or security of supply in the country in services that are fundamental to the national interest.

The Portuguese government is considering revising this 2014 legislation to adapt this legislation to ensure the full conformity with the EU Regulation.