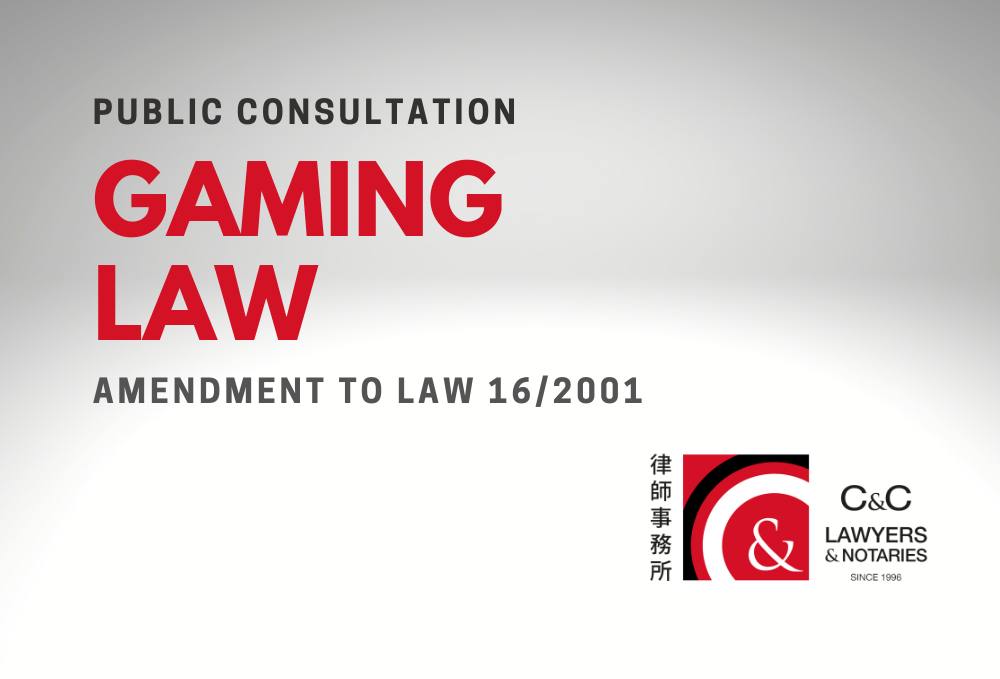 The Macau government has just launched a public consultation on a proposed amendment to the current gaming law, ahead of Macau’s existing three gaming concessions (SJM, Wynn and Galaxy) and three sub-concessions (Sands, MGM and Melco) due to expire in coming June. From September 15 to October 29, private citizens and industry stakeholders can voice their opinions regarding the proposed amendments to the law. After a first analysis of the consultation document, we’re breaking down below the main points for your convenience.

The current gaming law came into force in 2001, stipulating that a maximum of three gaming concessions were granted – having been awarded to SJM, Wynn and Galaxy in 2002. Later that year, the government allowed Galaxy to amend its concession contract to set up a sub-concession with Sands. SJM and Wynn followed suit, signing their sub-concession contracts in 2005 and 2006 with MGM and Melco, respectively.

Despite the original requirement in the law that a maximum of three gaming concessions is allowed, the Macao government has admitted that the sector has six operators. The proposed amendment now aims to review the number of concessions and expressly stipulates the prohibition of sub-concessions.

With the amendment of Law 16/2001, the government aims to improve the definition of the sector’s development and direction, strengthen supervision mechanisms, and define non-gaming projects within the concessions.

The potential extension of current gaming concessions and sub-concessions has not been announced yet. C&C’s gaming team will be closely following the developments of this proposed amendment in order to be able to provide its clients with further information on the subject.