New winds of openness, coming from the mainland, are on the rise, as China's National People's Congress passed a new Foreign Investment Law, which will come into effect on January 1, 2020. 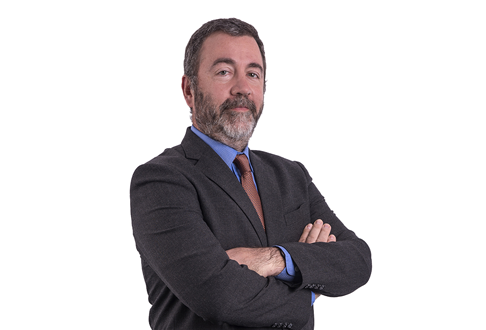 This new piece of legislation claims to be “liberalising and facilitating investment at a high level, establish(ing) and improv(ing) mechanisms for promoting foreign investment, and build(ing) a market environment of stability, transparency, predictability, and fair competition.”

It may be a response to the growing international criticism about China’s relation with international investors and may be a first step to start settling the US-China Trade War.

Regarding investment promotion, this diploma starts by saying that the State’s policies “equally apply to foreign-invested enterprises,” and that the opinion of foreign-invested enterprises will be taken in the formulation of laws, regulations or rules relating to foreign investment, and even that they will be invited in efforts to formulate standards.

China also assumes the commitment of giving “equal treatment to products manufactured by, or services provided by, foreign-invested enterprises” in the mainland.

It goes even further, by stating that foreign investors may enjoy preferential treatment, in some fields where the national economic and social development demands.

Also, it is stated that “foreign-invested enterprises may raise capital by publicly issuing stocks, corporate bonds, and other securities,” as well as the possibility of the local people’s government to formulate policies aiming the promotion and facilitation of foreign investment.

Regarding investment protection, the new Law starts by saying that there will not be expropriations of foreign investments, but it doesn’t completely close the doors to such scenarios, by formulating an extremely vague exception to some “special circumstances” of “public interest“, where the Law claims that will be provided “fair and reasonable compensation.”

This new Law also ensures free transfers, into or out of mainland China of profits, capital, Intellectual Property (IP) royalties, among other goods obtained in accordance with the Law.

Having been often accused, mainly by Washington authorities, of “IP theft“, China seems now determined in cleaning up this image, by stating in the new Law that the protection of the intellectual property rights of foreign-invested enterprises, as well as their trade secrets, will be assured. It is also said that the State encourages the voluntary technological cooperation, according to the business rules, and that administrative requisition of technologies by force is not allowed. Many voices still claim that all this may not capitalize in a real change in China’s behaviour relating to IP matters, so the practical effect of this “memorandum of good wills” will surely be the aim of many debates and strict scrutiny in the future.

The establishment of mechanisms to deal with complaints of foreign-invested enterprises was not forgotten, as well as the possibility of such companies establishing and joining chambers of commerce or trade associations.

Macau’s enterprises and investors will look, for sure, with attention to further developments on these matters. There may be great opportunities in the future for the ones looking forward to expanding their businesses into the mainland, and the investors will take close attention to China’s next steps. Some concrete capitalisation of the “good wills” expressed on this Law are still demanded, and may boost the level of foreign investments into mainland China.

Despite some critics being overly ambiguous, this piece of legislation may mark a turning moment of China’s relation with foreign investors. Some new legislative moves are expected soon, which will clarify some ideas that were made deliberately vague at this point. The upcoming times will surely reveal how deep is China’s commitment to keeping these openness winds blowing vigorously.