Protection of People with Disabilities in the MSAR

10 years ago, the People's Republic of China ratified the International Convention on the Rights of Persons with Disabilities. The primary purpose of this Convention is to promote, protect and ensure the full and equal enjoyment of all human rights and fundamental freedoms by all persons with disabilities, and to promote the respect for their inherent dignity, ensuring that they are not in any way left out of the society that they are a part of. 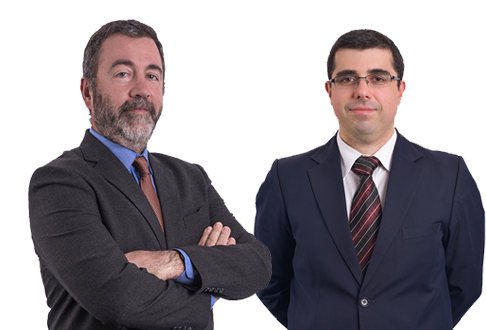 In the MSAR, people suffering from disability are protected under this Convention, in addition to several other legal provisions, of which the following stand out:

It should be noted that in the MSAR only the Court can declare the interdiction or disqualification of a certain person, and this decision must be substantiated on medical-legal expertise under the terms of the Code of Civil Procedure.

However, the law does not define how medical-legal expertise should be done and neither does it determine clearly the criteria to be considered for the medical evaluation of mental (in)ability. Even so, the medical expert must state the degree of (in)capacity of the person to govern his own person and property (interdiction) or to govern their estate (disqualification).

The mental capacity must be determined, essentially, by the person’s ability to manage daily life aspects, decision-making, performing tasks and live independently.

Due to the serious impact of interdiction or disqualification regimen in the rights of the people subjected to them, there are those who point out some criticisms on the legal regime in force in the MSAR.

On one hand, if the interdiction of a person is declared, for example, the decisions are no longer of the interdicted person and all the decisions related to this person begin to be made by an indicated responsible person – usually a family member – accepted by the Court. Critics argue that the MSAR legislation is at odds with the fundamental principles defined by the Convention and that “substitution decisions” must be changed to “supported decisions”, considering that all people have mental capacity, although reduced.

On the other hand, people with disabilities should be treated equally in the eyes of the society and not as mere objects of charity, medical treatment or social protection. In this regard, the critics also argue that the MSAR regimen is not in line with the Convention because it is based on the “medical model”, which considers that the disability occurs when a person cannot perform activities like other people.

From what has just been pointed out, the harmony between local and international laws is not always easy to achieve, but given the demographic ageing of the MSAR population, and since the aforementioned international treaty is in force, it is important that the MSAR regimen related to people with disabilities should be harmoniously developed in a near future.